A Quark In The Road

After all of the yolk craziness (check almost any post I’ve written in the past few weeks) I decided to try my hand at an omelet. I know that it has an art of its own and that the way I beat my eggs, swirl them around the pan and dollop ingredients on the egg, is probably all wrong. But I find them delicious nonetheless.

Besides egg dishes being totally luscious, I think they’re great fridge-cleansers as well. 80P and I are away this weekend for yet another wedding (love you Jules!) so I needed to use up some bits and pieces from around the apartment. Of course eggs were to be found, as well as a few other key ingredients, most importantly – Quark.

I bought Quark from the same dairy producer, Keswick Creamery, where I bought the yogurt for the smoothie:

Post jump – my fridge clearing omelet and some hidden agendas.

Now what I do, which is probably not proper, is slip my spatula under the egg, swirl the pan to let the wet egg hit the side of the pan, then push down the eggs that hit the higher-edge of the pan. And repeat like a million times. Please forgive me if this isn’t clear. Maybe you should follow this expert description instead. 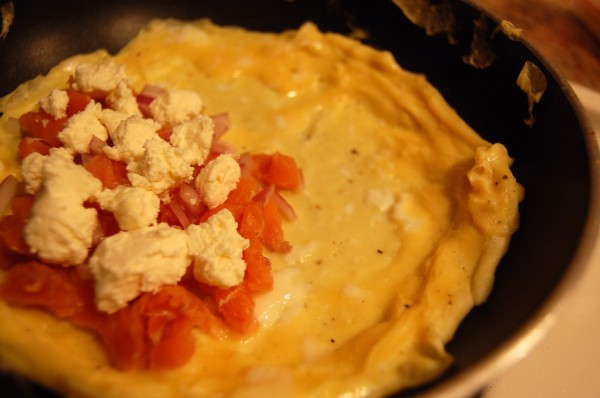 When the wet part is almost all cooked, add in the lox and raw red onion, dot it with the Quark and then fold the omelet over. Scoot the omelet onto a plate and top with avocado. P

In 2004, a chunk of the ES crew partied our fucking asses off attended the Democratic National Convention in Boston. It’s a little sad this year to be watching the speeches in my PJs and not sneaking into some corporate suite, stealing beers and appetizers, drinking Lynchburg lemonades with Rep. James Clyburn, snagging a photo op with Rob Corddry, hanging out with the CBC at the Cheers bar, watching one of the Heinz boys and Terry McAuliffe introduce the Black Eyed Peas, dancing on stage with Doug E. Fresh…

Why do people think Michelle Obama is an angry black woman? Why does she need to be “softened” ?!?! I mean, this woman is perfect – who doesn’t want to be Michelle Obama when they grow up – male or female. She’s smart, well educated, accomplished, funny, tall, thin, fashionable, a parent, a spouse, rich – I mean, shit. Come on now.

Sorry for the raging Democratic pride. It’s convention time, what can I say. 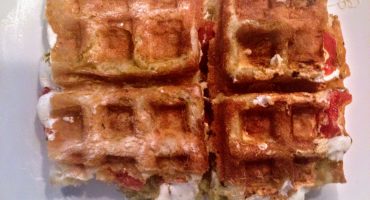