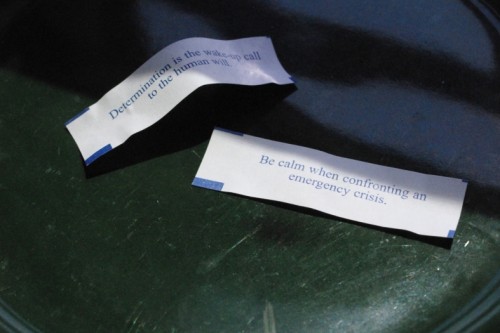 Last week, my husband and I both, separately, had super-rough days, and so instead of our usual rice and beans, we decided that we needed to drown our sorrows in a pile of grease and MSG.  Which is to say that we decided to order Chinese takeout.  The cheese wontons were delectably devoid of nutritional content, the “sesame beef” was mainly breading dipped in sweet and sour sauce, and the Kung Pao vegetables were mmm, mmm, SPICY.  Basically, the meal was exactly what we needed.  Until we got to the fortune cookies.

First off, let’s get one thing out of the way: fortune cookies do not taste good.  Apparently, there are people who like them, but here’s my thought:  think of a cookie, any cookie.  Now ask yourself, is it better than a fortune cookie?  I cannot think of a single instance where the answer would be no.  But that was not my problem.  That was not news to me.  No, the issue at hand, what really burns my reconstituted pork product, is the “fortune,” which is supposed to be the only redeeming part of the cookie.  When did fortune cookies stop predicting the future and start offering unhelpful life advice?  If I needed more of that, I would subscribe to O Magazine.  When I suffer through that hard, tasteless, folded piece of “cookie,” I expect to find out what exciting event awaits me, not a command to, “welcome each day as a fresh new beginning.”

I still remember the episode of Step by Step where Cody keeps opening fortune cookies to solve his life crisis until he finds one that reads, “Seek advice from the man upstairs.” This is what I’m talking about.  I guess I’ll just have to go back to horoscopes for a glimpse into my future (and that of everyone else born between November 22 and December 21, but that’s a rant for another time).

The Top 10 Foods Only America Could Have Invented

When it comes to food, America gets a bad rap. It’s a common refrain that America has no cuisine to call our own. We’ve got apple pie and hot dogs, but that’s about it. (And when you really get down to it, the Germans invented hot dogs, and the British were eating apple pie like 1,000 years ago.)

But the truth is, America does have a cuisine to call it’s own. Over the past 232 years we’ve invented some of the most creative, daring, and yes, downright craziest dishes the world has ever seen. Sure, they can be overly greasy, a little too cheesy, and sometimes fried a few times too many. But they’re ours. So to celebrate Independence Day, we’ve put together this list of the best foods that only a country with just the right combination of greed, grit, and gluttony could have possibly dreamed up.

The Top Ten Foods Only America Could Have Invented: 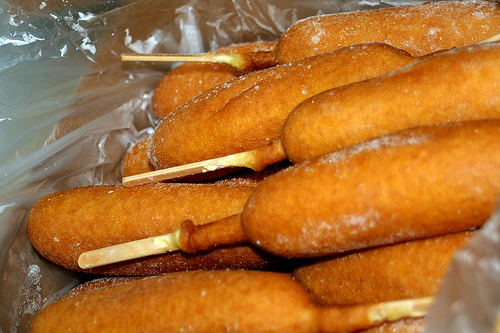 In 1942, at a beautiful place called the Texas State Fair, an industrious young man named Neil Fletcher came up with a way to make his hot dogs sell quicker: dip them in corn meal, deep fry ’em, and pop ’em on a stick. And so an American tradition was born. Every year, as the weather turns warmer and state fair season comes around, Americans say to themselves: what can we deep fry next? We’ve deep fried twinkies, oreos, hamburgers, even coca-cola. But all of these wondrous achievements owe a debt to the original food that really didn’t need to be battered and fried but just had to be: the corn dog. 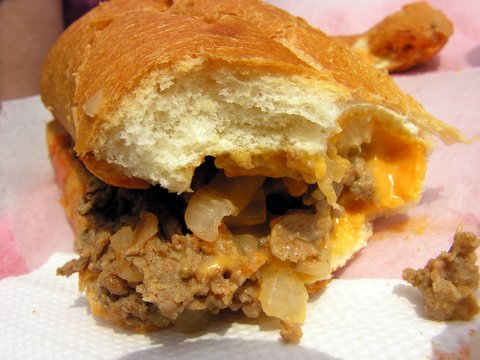 Only Philadelphia, the most American of all cities, could invent an iconic sandwich and then vehemently insist that there shall be no attempts to make it good. Crappiest ingredients only, please. Pennsylvania Governor Ed Rendell explained problems non PA-ers have when trying to make cheesesteaks: “First, they use good meat. You need the fattiest, stringiest meat to get a proper taste.” The second mistake, of course, is that you’ve got to use Cheese Whiz; no real cheese allowed. Rendell insists this is became “real cheese doesn’t melt,” which is of course a lie. But never matter. The Philly Cheesesteak is delicious. Would it be more delicious if it were made with thinly slice Kobe steak and melted Gruyere? Of course it would be. But it wouldn’t be as amazing. 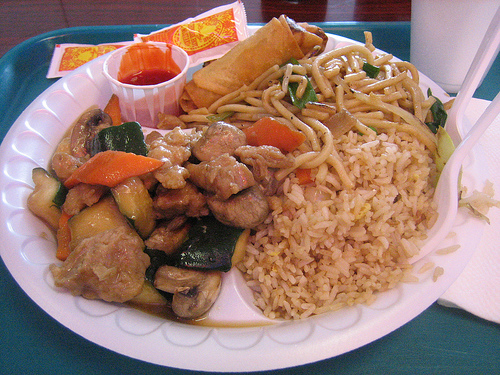 One of the great things about American cuisine is that when we come up with something so outrageous that even we can’t stand behind it, we figure out a way to pin it on someone else. Case in point: “Chinese Food.” All across America, Chinese buffets offer endless arrays of beautiful, deep-fried, grease-soaked food. General Tso’s chicken, chop suey, egg rolls, chow mein, fortune cookies. What do all these dishes have in common? They were all invented in America. Seriously people, do you really think Chinese people eat this crap? No. They eat rice. With vegetables and maybe a little meat. And it’s not battered or fried, or double fried, or double battered, and it’s certainly not filled with cheese. I mean, crab rangoon? Come on, that stuff has imitation crab meat and cream cheese. It could only have been invented in one place, and I think you know where that is. 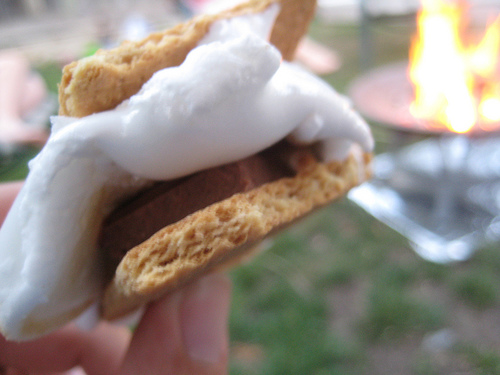 It’s difficult to say exactly how s’mores became so popular throughout America. Graham crackers are not particularly well-liked, and neither are marshmallows. We generally do not enjoy eating things that were cooked on a stick our little brother just found in the dirt, nor do we usually like to burn our food to a crisp before dinnertime. Yet somehow, s’mores just work. Despite their cutesy contraction of a name, and the fact that we have to actually cook and assemble them ourselves, rather than order them from a fast food window, I’ve yet to meet a person who does not love s’mores. Except for foreigners, who will look at you like you are the craziest person ever if you try to explain what a s’more is.

This fully-loaded sandwich may seem like an international delicacy, but the reuben is as American as it gets. Start with pastrami–a meat so infused with spices that it has more flavor in a single bite than most full meals. Pile this sky-high, preferably using at least a pound of meat per sandwich. Add on some “swiss” cheese–a bland, hole-y cheese that no actual Swiss person would ever touch. Top it off with “Russian dressing,” a beautiful orange mayonnaise concoction that–you guessed it–hasn’t a thing to do with Russia.

Next: Top 5 Foods Only America Could Have Invented