I came in to work last week to an email from my girlfriend with the subject “let’s have a party!” that included a proposed menu for Sunday football. Yeah…she’s pretty damn awesome. Unfortunately, I’m watching my girlish figure (for real this time), so all the greasy, beefy, cheesy snacks that I like are not realistic options. But thanks to her culinary creativity, we enjoyed some new recipes that will be served again at a football party near you.

So what the hell could be both healthy (well, at least not fried) and football-watching-worthy at the same time? How about chicken cheesesteak stuffed mini-peppers? Believe it or not, you don’t need a soggy bun to hold this snack.

Food Fights: The Difference Between Cheesesteak and BBQ Lovers

The Washington Post‘s Tim Carman (who I am quite fond of, since his days helming the food coverage at Washington City Paper) ventured this opinion on twitter yesterday, pictured above.

Pizza and burgers I get. I am obsessive about pizza. Everyone has a favorite crust, preferred toppings, feelings about sauce (classic Neapolitan with buffalo mozz for me please). And burgers…well, you’re talking to a girl who stuffs various cuts of meat in her grinder like a mad scientist (chicken burgers are actually quite tasty with ground thighs). But Cheesesteaks? Not igniting the passion of BBQ? Please.

Let’s examine, shall we?

Pizza and burgers are pretty universal, with various regions claiming various styles. So it makes sense that pizza and burgers would inspire strong convictions across the board. But I am under the (perhaps mistaken) impression that no one outside Philly and its immediate environs cares about cheesesteaks. (Except, of course, for those transplants that insist on irritating the rest of us by going on and on about cheesesteaks and the Eagles– sorry gansie).

But I’ll be charitable. Let’s give the cheesesteak-ers the Eastern seaboard from DC to Boston and the entire state of Pennsylvania, although I hear Pittsburgh is more Primanti Bros. than cheesesteak. Done.

Moving on to BBQ. I think we can all agree it inspires great passion. There are books. There are maps. There is an episode of Good Eats. You can immediately tell where someone is from based on their barbecue allegiance. 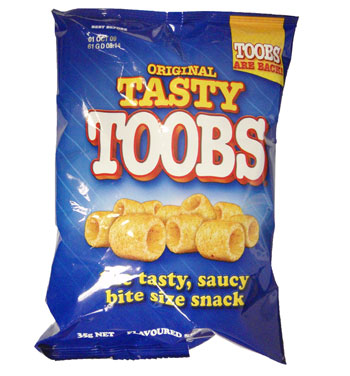 – Everyone seems to like this week’s food chart meme, although not my name has a problem with the guide to eggs:

Really great collection. I liked it except for the bit on the cage-free/organic egg thing. Organic farms don’t necessarily treat their hens any better, and the certification “cage-free” is really misleading. The hens can still be in awful conditions (cramped, gravel yard with no grass, beaks clipped when chicks, males killed at birth, etc.) Just thought you’d like to know.

– Aussie EMD offers some updates to the Top 10 Foods Only Australia Invented: 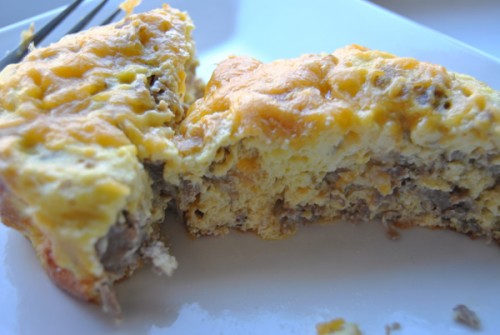 How often is it that you actually come up with an “original” recipe?

Not often. I assumed when I made this cheesesteak breakfast casserole thing, that it had been done hundreds of times before. A quick google search proved me wrong and left me oh so disappointed in the city I call home. I wanted to cry and yell “PHILLY, WHY HAVEN’T YOU THOUGHT OF THIS?!” considering someone even made a scrapple cake (pictured above). I then realized that if most Philadelphians want a cheesesteak at 7am, they probably just make a cheesesteak instead of trying to breakfast-tize it with eggs.

I threw this together one Sunday after we had leftover cheesesteak ingredients. That’s really all there is to say. Make it.

– You guys and gals seem to commisserate with Alex’s five stages of a bad meal. Lora:

Totally cracking up over this. I have a similar post (still unposted!) about the incredibly frustrating process of making French Macaroons. Great minds think alike

Yes! Let us know when that’s up, Lora. Have we started a new food meme? Five Stages of…

– Thanks everyone for EVEN MORE suggestions on America’s best new sandwiches. Heather:

Many of you commented on our original story to tell us which of your favorite innovative sandwich should have been included. We chose the ten tastiest suggestions and now present an encore list: America’s Top 10 New Sandwiches, as selected by Endless Simmer readers.

What could be better than poutine, Montreal’s signature street food? How about throwing that poutine — cheese curds, fries and gravy included — on a pita, so you can actually eat it while walking down the street? Add some steak and you’ve got yourself one helluva sandwich. And yes, for the sake of U Needa Pita, we’re including Canada as part of America this one time only.

We’ve said it once and we’ll say it again: there’s no food so good that it can’t be made better by a trip to the deep fryer. Kudos to Melt for being brave enough to test this theory out on the monte cristo breakfast sandwich — honey ham, smoked turkey, Swiss and American cheese — all battered in beer and deep fried.

We’re officially placing money on Chile’s signature sandwich — the chacarero — to become the next bahn mi, and La Sombra‘s version is the most sumptuous one we’ve seen yet. Shiner Bock marinated sliced hangar steak topped with green beans, avocado, tomatoes, pickled cucumbers and spicy mayo, all on a thin, toasty bolillo.

Maybe it was the flamboyantly dressed and incredibly intense Asian gentleman simply called “The Chairman.” Maybe it was the exotic ingredients like river eel and udon. Maybe it was the hastily dubbed frenetic pace of kitchen stadium. Whatever the reason, Iron Chef was the first show that truly sparked my interest in cooking and the limitless options cooks have when they use their imagination. To be fair, I was in college when I came upon the Iron Chef series, when my diet consisted of things like Easy Mac, the cafeteria salad bar and PBR, so it was all outside my small comfort zone. But still, it was amazing.

This was the time when the Food Network was beginning to gain a foothold and many of the programs were as much about technique as the recipes.  Shows like Iron Chef, A Cook’s Tour, Good Eats, Food 911, etc.. really sparked a whole generation to step into the kitchen. Unfortunately since then, much of food television has moved towards personality and recipe driven programming. Even Top Chef seems to be shifting this way.

Today, my favorite food related show airs on the Travel Channel, but I still catch some others and I’ve really enjoyed the 2 seasons of The Next Iron Chef. Through that competition and Michael Ruhlman’s book The Soul of a Chef, I have come to  appreciate the way Chef Michael Symon approaches food. While this appreciation is nowhere near TVFF’s foodie man crush on Season 2 Next Iron Chef winner Jose Garces,  I still jumped at the opportunity to speak with Chef Symon about his new shows, Philly cheesesteaks, and his thoughts on tofu bacon. Click play above to watch my video interview with Michael Symon.