Pumpkin Pie. The Shipyard Pumpkinhead is the most reminiscent of a well balanced pumpkin pie. The first taste is definite pumpkin, followed by a light sweetness of the malts that lasts in a pleasant lingering aftertaste leaving a want for more. The light malt characteristics of the brew really complement the pumpkin. I think of a light and fluffy pumpkin pie filling when drinking this.

Traditional Pumpkin. Many of the pumpkin beers out there are sippers. Meaning, you can only have a couple in one sitting. The Punkin has the definite pumpkin flavors, but the pumpkin is a bit more subtle than some of the others on the list. This allows for you to have a couple more than originally planned in a sitting. I’d say this set the stage for pumpkin beers and Dogfish has stuck to the traditional pumpkin flavors here. Not too little, not too much. 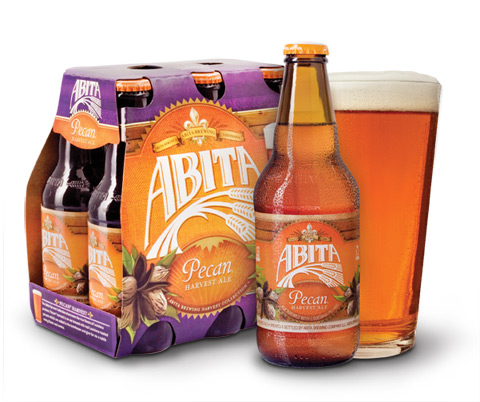 Thanksgiving. Either number one or two on my list, these suds really surprised me. I was excited to try something a little different, but I didn’t think it would be this good! The pecans add a unique flavor that obviously brings out nutty characterstics, but also a unique sweetness that closely resembles sweet potato casserole, pecan roll, and even a little bit of stuffing. It’s definitely a sweeter beer, but not as sweet as a pumpkin beer. The nutty flavors really come out and present this as an enjoyable “anytime beer.” Bring it out with the apps this Thanksgiving.

Bold Pumpkin Flavor. Imperial is used here for a reason. Weyerbacher continues to master the perfect balance between pumpkin and booze in this intense brew. Pumpkin shines through the beer at a strong ABV. The booze provides the warming feeling, but does not take away from the beer at all. If anything, I’d replace a night cap spirit with this in the fall season. This is also one to cellar for next year – let that pumpkin get comfortable and let the malts sweeten.

Sweet. This is one brew that Flying Dog decided to brew true to style. I say sweet because Flying Dog typically packs a punch in all of their brews whether through hops or ABV. However, here, they brew a Marzen as close to true form as possible. The aroma is sweet, and the taste is similar to toasted caramel, even a little bit of sweet corn flavors.

Roasted Pumpkin. The other phrase I was going to use here was “must have.” This is my second year having the Warlock and it did not disappoint. The sweet, creamy, roasted malt flavor of the stout comes head-on, followed by an equally powerful flavor of pumpkin. This comes in bomber bottles – you won’t have a problem finishing one bottle of this.

Sweet and Spicy Balance. Many of the pumpkin beers are all pumpkin or all spice. It’s hard to find a middle ground that offers enough spice and enough pumpkin to really please you. This is one of the most balanced you’ll find.

Halloween. Southern Tier found a combination of malts that provides a complex sweetness that is full-bodied. Pumking reminds me of Halloween because of a sweetness that is reminiscent of your favorite candy – sweet, but not so much that you’ll have sores on the roof of your mouth. The pumpkin takes on some of the sweetness and really steals the show. Hops don’t provide as much bitterness as they do a subtle earthy, spicy flavor underneath it all. Something about this beer makes for the perfect Halloween evening.

Spicy. While it’s a sweet porter with pumpkin, “the fear” is really all about the secret blend of spices. The pumpkin takes second here as a complement to the spices. I got allspice and cinnamon coming on strong with a pleasant booze flavor pairing with pumpkin.

*Not enough fall beer for you? Check out our list of 100 Fall Beers!