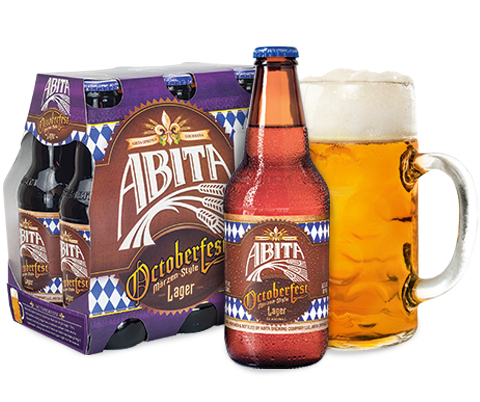 Top 10 Beers to Drink on Halloween

Other than eating half of it, what are you planning on doing while handing out Halloween candy? Hopefully you’re planning on scaring the crap out of kids. Or maybe popping in your favorite scary movie. Regardless, why not do that while drinking a seasonal brew?

I’ve sampled each of the beers listed (and then some) to create a lineup of the top ten beers to drink on Halloween. Rather than ranking them, I put them into my own categories in order for you to determine which would be your best pick. I suggest picking two (or three) solid choices that you know you will like. Then, take a risk and try something new! On to the research:

Pumpkin pie with whipped cream on top. That pretty much sums up this one. It smells like pumpkin pie and tastes like pumpkin pie. This is not for those out there that don’t enjoy sweets, particularly sweet beers. But for those who do, try it out. It’s a great dessert beer. It is medium bodied and has more of a sweet pumpkin taste than the spice taste that most pumpkin beers do. It’s a crisp, clear brew that’s easy (and sweet) drinking.

You’ve heard about this one before, but trust me, it’s got all you want for a cool fall night. The brew offers a warming feeling with every sip–the same feeling in your stomach you get from a sip of Jack Daniels—while also delivering the sweet taste of pumpkin. You can taste the spices of cinnamon, ginger, and even the allspice together with pumpkin.

Oktoberfest for Everyone: Beer Braised Chicken

Come Autumn in Germany (and basically all over the world nowadays), crowds celebrate their inner Bavarian spirit and love of all brewed beverages during the 16-day Oktoberfest beer festival. While we have never experienced Oktoberfest in its country of origin, we can only imagine how fun it would be to gather around long tables in rustic beer gardens, chow down on bratwurst and pretzels, and sing and dance along to live oompah music.

For now, a more realistic approach to celebrate Autumn—and beer—is to put our own Boston twist on a dish braised in Sam Adams Octoberfest beer. The brew’s robust, caramel flavor adds a complexity when simmered slowly with chicken, thyme and root vegetables.

Oktoberfest kicked off on September 17th in Munich, Germany. Unlike last year, I won’t be in attendance this time around. But in case you will be (or will be attending one of America’s faux celebrations), I want you all  to be prepared with my professional tips.

1) Be prepared for the ride

If you’re traveling to Munich via train, you might find yourself in a car with 10 men from the same “village” who have multiple kegs, loud music and an underage 15-year-old.  They will all be offended if you don’t drink beer and/or take shots with them, so just do it. Don’t plan on resting up during this voyage.

2) Eat whatever everyone else is eating

Look around. What are the old men and the bavarians in leiderhosen eating? Order that, no matter how good everything else sounds. If you can’t figure out the German menu, ask for an English version. They have them.

3) Order a pretzel the size of your head

You will not find anything like this in America no matter how hard you try. Plus, you’re going to need some carbs to aid with the 10 liters of beer you will inevitably drink.

ES Must Do: Munich Oktoberfest

Remember when I swooned over the 24 oz beer I got at a concert?

Far, far away from Scranton, Pennsylvania is a place called Munich, Germany (München, in German). They hold Oktoberfest during the last two weeks of September. But you know this already.

I was in attendance at the Spaten (ochsenbraterei) tent. No, we didn’t tent hop, but that story is for another day. Now, they only serve one type of beer in each tent (that brewery’s beer, obviously), along with alcohol free beer, and the lemonade-beer mix (shandy) for people who are too drunk to drink more beer. Or, at least that’s why I had to have one. The beer was absolutely delicious. It TASTED like beer (not the American water we call beer) and went down very, very easily. It was also brewed stronger for Oktoberfest, so it was about 6% abv. Not terribly strong, but enough to knock you on your ass after a few liters.

A beer stein (pictured above) holds one liter of beer. For those of us not in metric mode, that’s nearly 34 ounces for 8,75 Euro, or about $12 plus tip. 7 million liters of beer were served (who knows if they were all consumed).What’s better than that? Food.