Turns out that some of my friends and I have committed ourselves to a 12K Beer Run at the end of October (right, ML?) The end of the race includes a free micro-brewed beer.  So consider myself motivated for the next month or so.  I’m committed to the cause and it wouldn’t hurt to loose the poundage. Running’s part of the recipe—the other part: diet.

So I’ve hit the web looking for “running diets,” “low fat diets,” “running meal plans,” etc…  From there, I’d take the most common things in each “plan” or create a plan that I can follow that is healthy for me. Piece of cake. Of course there are some common themes, but I was looking for more specifics. Turns out that’s not the case.

Some plans say “eat more, weigh less,” others for running purposes say to load up on carbs, while others are just pretty damn ridiculous. Is it really that complicated? I feel like I could publish my own diet by making something crazy up and saying “eat the right fats and carbs and eat plenty of fruits and veggies.”  Eat 20 small meals per day (or maybe it was six?) Maybe running after drinking tons of beer is the key? Thanks for all of the help.

Dandelions and Butterfly Kisses (aka Flowers and Grass)

I’ve recently come to the conclusion that I could be considered a ‘Health Nut.’ I was thinking about tweaking my daily diet, but after reviewing my normal eating habits I believe that I am one fit MoFo. For instance, my morning vodka smoothies are always packed full of vibrant, fresh, locally grown fruit. And whenever I eat out at a restaurant I always order a side dish of steamed vegetables. This provides me with extra fiber, vitamins and minerals, and a moist place to extinguish my cigarettes. And after the work day is done, I feel that I am the Jack LaLanne of Happy Hour. No greasy hot wings or fat-laden dips for me. I stay with the simple heart-healthy olive. Two are conveniently provided in each low-calorie martini, and I’ve been told that there are times during the course of the evening that I’ll have consumed over twelve of these little Mediterranean medicine balls. (I don’t really recall this, but then I’ve never been good with numbers).

So after my ‘Health Nut’ self-realization, I decided to seek out and experience the next level of the healthy food lifestyle which I affectionately refer to as the ‘All Natural-Organic Health Fanatic.’ We all know someone in this category. It’s the person who does squats while talking on the phone, doesn’t eat ‘red’ meat and always asks the waiter if the tuna salad is ‘dolphin safe.’ I asked to be introduced to this lifestyle by my friend Robin who would rather fast for thirty days than eat anything that wasn’t organically grown. Plus, she’s got a great rack…er, a great rack of Self-Help books that I occasionally borrow. Robin happily agreed to escort me through her typical day of ‘health driven’ meals (her term, not mine). 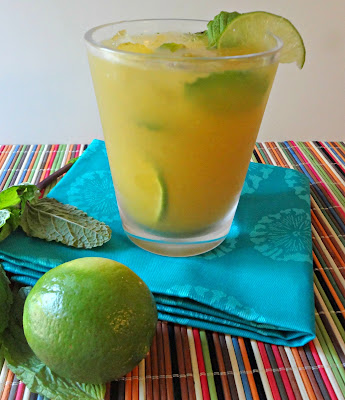 Editor’s Note: Longtime ES reader Thresher was moved to write a response to Amcstang’s recent thoughts on the Paleo Diet. We love us a good controversy.

Paleo Diets are one of my pet peeves. It’s such a brilliant idea at the core, but none of the popular versions of it hit at the nugget of scientific truth that should be emphasized: caloric restriction works pretty well (we evolved being very, very hungry for most of the average year) and probably is one of the few approaches to eating that will demonstrably make the average person live longer. But it’s hard to enjoy, and there aren’t many food blogs that can be built around like 1,000 calories per day.

Let me frame that rant. I had a reaction to a previous Endless Simmer post. It was on the topic of a particular type of the Paleo Diet ethos, and I couldn’t help but grit my teeth while reading it. I thought I’d offer a response, for good measure, from the perspective of the epidemiologists and biologists (etc…) who’ve been seriously studying diet and quality of life for decades.

‘Diet’ strikes many of us as a four-letter word because there are so many of them out there, each hawking a particular (amazing) benefit. “Eat only magic cookies!” “Lose 80 pounds through cheese!” “Live forever young!” As much as we tend to desire these very gratifying claims, we also roll our eyes at the commercials that brag about them because, deep down, they seem at least a little bullshitty.

So, yes, there are a lot of opinions out there on how to eat well, and it’s hard to call any of them flat-out wrong. That’s because faddish diet plans tend to focus on achieving a particular goal, in the short term, and sometimes they can achieve that goal really well. There are fad diets that will make you skinnier, bulkier, leaner, even sexier and more tan. But they’re called fads for a reason: after an initial quick success, they don’t end up doing anything good for your body in the long run (and sometimes they can do some serious damage, or at the very least make you fatter than when you started).

Forget all that. I can summarize in a couple sentences the big picture on diet and health that we pretty much know is true—from science! I swear I’ll be quick with a few facts and then we’ll get to some yummy stuff.

Why Do I Love the ‘Hungry Girl’ But Hate the ‘Bitches’?

I have to admit that I harbored a certain prejudice against the Skinny Bitches before I ever cracked the binding of their book, (which I did look through about a month back as I was killing time during a long airport lay-over).  I didn’t like the idea behind their book, I didn’t like the title, and I haven’t liked the people I’ve met who rave about the book and how it’s changed their lives.  My worst fears were confirmed when I read the first few pages and browsed the index and chapter headings.  The book capitalizes on the worst of body-loathing and self-loathing that permeates our culture, but the ‘Bitches’ insist that their book is dedicated to changing the world by converting people to a vegan diet that will get them to eat better.   But they aren’t just meat haters (a loathing which I can understand…. as I’m just not that into the harvesting and consumption of flesh myself). They hate on caffeine, sugar, wine, fun, and all human bodies that don’t live up to the painstakingly emaciated “ideal.”

The Bitches initiate their readers into their bitchy crew with heavy doses of castigation (they inform their readers that they are suffering from “bloated fat pig syndrome.” Ouch…. please miss, may I have another?), followed by model-body idolatry (“healthy = skinny”) , topped with a whole slew of rules we should all follow more closely than the ten commandments (like “sugar is the devil” and drinking alcohol “equals fat-pig syndrome” and “coffee is for pussies”).  They also have a whole chapter dedicated to Pooping.  Hmmm… do I smell former laxative abusers therein….?

More on the “Bitches” I hate, the “Hungry Girl” I love, and a chance to voice your views after the jump…