Ok, y”all. Halloween is over. The election is over.  It”s time to really delve into comfort foods like soup and bread.  Or better yet, both. My house recently smelled like garlic and freshly baked bread for two days. Let”s face it–those are the best smells on earth.

I adore soup and just had to share this recipe; it”s soooo good, and healthy to boot.  This is probably my favorite soup I”ve made so far!  Make it, for realz.

Plus, a bonus bread recipe!  I spoil you, so. 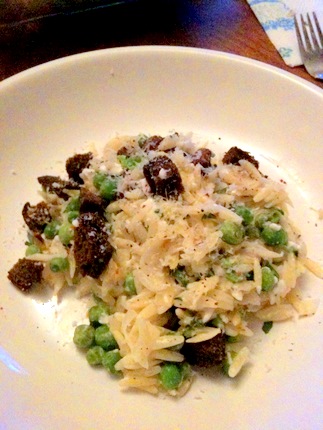 At first, I had no idea what to do with cottage cheese, so I turned it into a sandwich. But unfortunately, the cottage that I bought was too tangy to eat by the spoonful (which was its intended purpose). So then I did what any respectable human being would do when they have no idea how to make something edible: I fried cottage cheese.

80 was so pleased with my frying—and wanting to eat it by the spoonful, like in his youth—that he bought another tub of it. This cottage cheese was eat-it-out-of-the-container worthy, but I still wanted to figure out new uses.

Like every night, I rummaged through my kitchen. And there were frozen peas. I totally hate peas. They do absolutely nothing for me. Yes, I know, they’re great fresh from the garden. But those aren’t available in the District in February. I’m not even sure why I bought them, in fact, I was fairly pisted when I saw them in there. But I went with it anyway. Peas and cottage cheese, please? 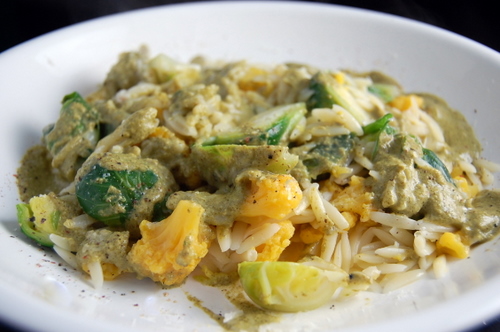 I totally get why little kids would think spinach is gross. Most probably share my first vision of spinach: Popeye drinking dark green goo, out of a can, and then beating the shit out of people. It was totally weird and random. Did spinach bring out rage in sailors?

Eating vegetables, let alone drinking them, was just not on my things to do list (which included making my oma judge my many productions of a My Little Pony beauty pageant. Moondancer always won.)

But I still don’t get what gives veggies a bad rap in general. And some more than others. Carrots, cucumbers, zucchini, there’s really not that much angst against them. But brussels sprouts? It’s like they’re so hateful that they’d rather stop helping the homeless than let two consenting adults build a life together.

Why are brussels sprouts so hated?

Why all the hate?