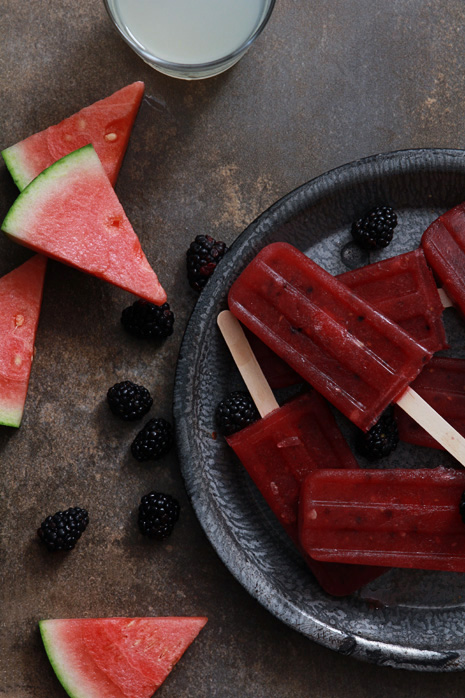 Anyone know if the five-second rule applies to popsicles? It would seem that a perspiring popsicle would probably pick up more microbial friends than say, a fallen cupcake, right? Hmm, it would seem, but to be safe — if your poptail falls on the floor, give it a quick run under cold water and then pour some tequila over it. Fallen poptail saved.

Three days later — no ill effects. I feel fine. The takeaway is that you really can eat off my kitchen floor. In case you’d rather not, you can make your own margarita poptail with this recipe using watermelon, some limeade and a few blackberries for a punch of tartness. And of course, don’t forget the tequila and triple sec. Once you do make this you’ll see why I refused to let my fallen poptail go to waste. 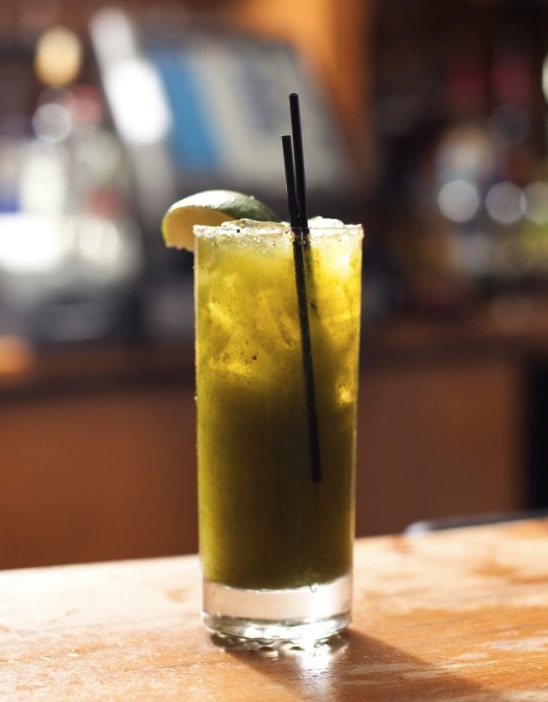 Find yourself with leftover tequila from Cinco de Mayo? Here’s a way to use it up that won’t make you gag on a moldy lime.

Firefly in Washington, D.C. infuses tequila with poblano peppers (how-to here), then mixes it up with cilantro and lime for a garden-fresh cocktail that makes drinking on Monday sound downright healthy.

Shake together and strain over ice into a Collins glass with a peppered salt rim. 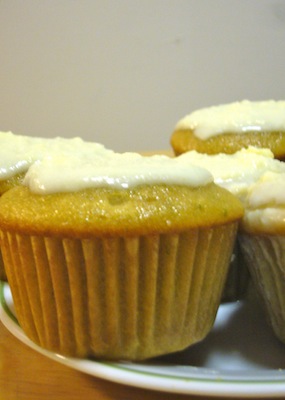 Editor’s Note:  Snebbu will be bringing you more of his 100 ways to use beer in food and drinks shortly, but first: a brief holiday interruption. With Cinco de Mayo just around the corner, longtime ES reader Pyrles joins us with a holiday recipe that combines two of our favorite things: cupcakes…and beer!

When people think about beers to include in baked treats, I’m guessing Corona doesn’t often come to mind. In fact, I cannot myself explain why I thought this was a good idea in the first place. Even making the batter, I had my doubts. The first whiff of what a friend deemed “skunk beer” when I opened the bottle nearly made me scrap the idea entirely. But for whatever reason — in this case, love of a good challenge and desire to turn a favorite drink into a dessert — I made the cupcakes. And they are wonderful.

As I’ve come to expect from throwing beer into my cake batter, the cupcakes’ texture is fantastic: moist, but not dense. The Corona flavor comes through, but it is muted enough under the citrus. I may not have identified the beer if I didn’t bake these myself! The Bacardi Limon in the frosting compliments the cupcakes well and undercuts the sweetness of the buttercream.

Mojo Cubano: The Most Garlic You’ve Ever Eaten 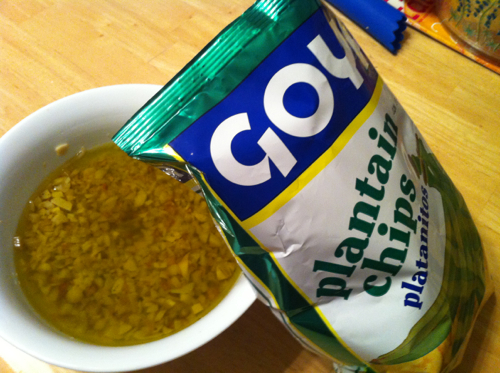 When you love something, really love something, you can never have enough. I feel this way about a lot of things — primarily food and alcohol-related, of course — and I definitely feel this way about garlic. So I was obviously thrilled when my friend, Vanessa, who was giving me a Cuban cooking lesson (! best night ever, and there are more recipes where that came from) mentioned, “You like garlic, right? I bought plantain chips and I really wanted to make this dipping sauce for them…it’s basically just pure garlic and it’s one of my favorites.”

Turns out this is one of the easiest recipes ever, and yeah, it does pack a punch. If you’re one of those people who is averse to “smelling like garlic” (personally, I never understood those people) this is probably not the snack for you. I’ve been cruising the Cuban recipe sites (normal) and it looks like many of them use a version of this as a marinade or sauce for all kinds of dishes. Whatever, we like this as a straight-up dip for our fried plantains. Hardcore eaters. 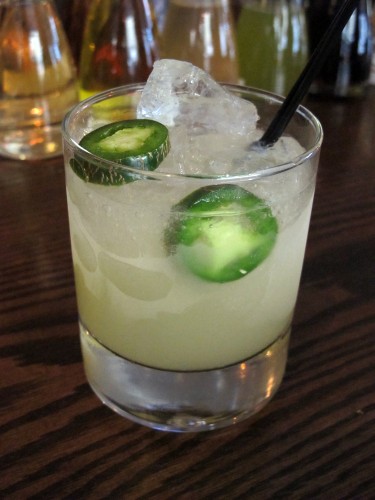 The worst thing about Monday is that even though it’s universally acknowledged as the hardest day of the week, it’s somehow also the one on which it’s least socially acceptable to drink.

But wait a minute — us boozehounds have the upper hand this week, because Monday marks the 78th anniversary of the repeal of prohibition, which we’re pretty sure is a national holiday. Enjoy this original cocktail recipe — The Rodriguez Sour — from Kevin Diedrich of Jasper’s Corner Tap & Kitchen in San Francisco, or find your favorite poison in Endless Cocktails.

Shake all ingredients together.

Strain and pour into a rocks glass.

Garnish with slices of jalapeño.

Listen up. This is the only time I will EVER PROMOTE CHEATING.

And I’ve been having a hard time doing so. I’ve literally been trying to write this post for awhile. By awhile I mean….a year or so.

However, there is a certain guilt associated with putting a recipe on the internet when it is supposedly a secret. One of my best friends stole this recipe from her roommate a few years ago. I say she stole it because said roommate refused to give it up, so my intelligent friend closely watched her make it. And took notes.

This is probably the best guacamole I’ve ever had, and the secret lies in the little yellow seasoning packets. If you’re against sodium or MSG, etc, etc…you should probably just stop reading here.

Everyone I know raves about it, and this guac is the only thing my friend is allowed to bring to parties. If she brings something else….well, she wouldn’t do that. She knows how much we like it. 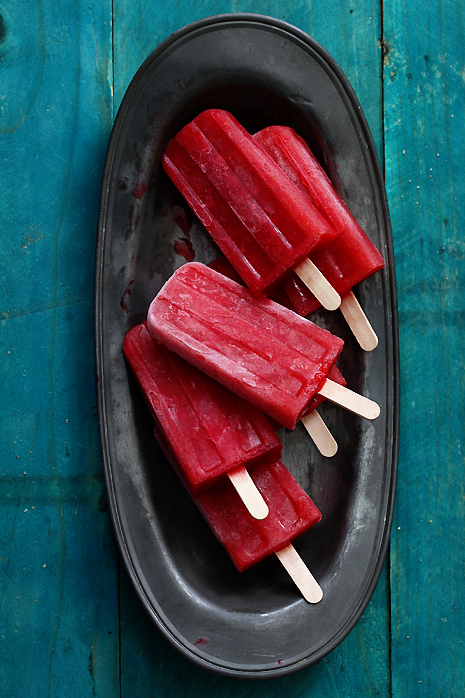 We’ve been keeping things simple, easy and familiar here with our Poptail series. But this week we are inviting a less familiar boozy guest, cachaca.

Start digging in the couch cushions and under the car seat like we did for spare change. You need this pure sugar cane rum in your life. More to the point, this is a must-try sweet and tart Poptail made easy with a limeade body,  raspberry sweetness and a sour punch of kumquats.

Now for a little housekeeping.  We’ve decided that since we still have a few orders to fill, we’re extending the Poptail series past what some people tell us is the end of summer. But not forever! Holla your order now or wait until next year for your Poptailing dreams to come true.