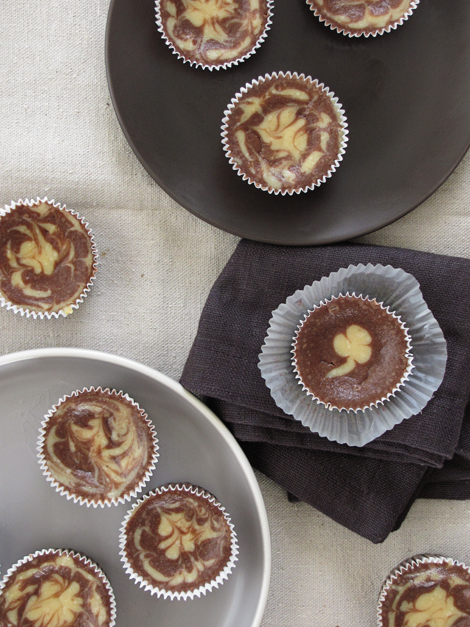 Irish car bombs, re-imagined as cheesecake, made in individual sizes, fork required. All you have to do is mix your Guinness in some chocolate cheesecake batter, spike the classic cheesecake with some Baileys, throw the whiskey in the Oreo cookie crust and you have yourself an Irish car bomb that won’t require a designated driver.

Alright, now that St. Patty’s will be over in two days, I promise to ease up on the beer desserts. Uh, maybe not…I’m so invoking the two-second rule on that food statement. I’m on a beer and cocktail/dessert mashup kick.  If anyone has a cocktail they want to see in a dessert, let me know in the comment section and I’ll make it happen!

Place Oreos in a food processor and pulse in three-four 2-second bursts. Pour Jameson whiskey in and pulse two more time to combine. Alternatively, place Oreos in a Ziploc and using a rolling pin or meat tenderizer, crush cookies and mix in Jameson whiskey. Measure out 1 tablespoon of Oreo crumb into each well and, using the bottom of a glass, firmly press Oreo crumbs down.

2. Place two thirds of cream cheese batter in one bowl and add Bailey’s Irish Cream into it. Use a sturdy spatula or a wooden spoon to stir until combined.

Bake at 350 degrees for about 35-40 minutes. Let cheesecakes cool on oven rack with oven door open for an hour. Finished cheesecake will have a slightly sunken center. 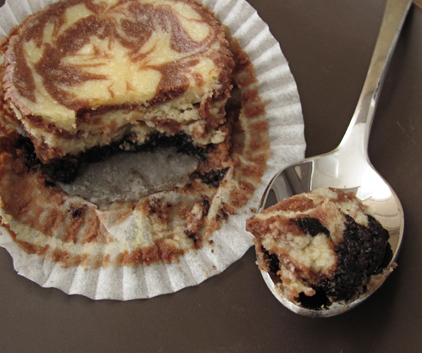